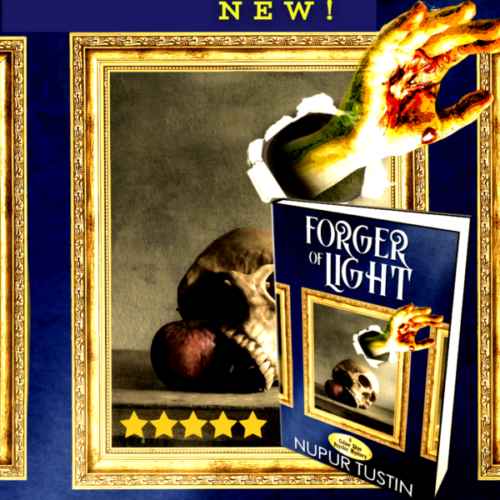 Miles away from Celine Skye’s winery in Paso Robles, California, a strange transaction is taking place. Soon it will be followed by murder and Celine will be drawn in. The book comes out at the end of July. Read an excerpt:

“Where did you get this?” Anthony Reynolds struggled to keep his voice calm.

He carefully set the work on his coffee table and regarded the expensively outfitted man seated across from him.

He was a client of long standing; a man Reynolds quite liked. An accountant with a taste for art. A bit of a fusspot.

“Got it from a client.” Fussy Phil shrugged off the question, his insouciant response suggesting a disturbing lack of awareness of the image’s dark history.

“Did he tell you where he got it from?”

“From some dealer or other. Look, what does it matter? Will you do what I want or not?”

His client sat at the very edge of his armchair now, an uncharacteristic edginess replacing his usual placid manner. The divorce—and its inevitability—were beginning to get to him.

Reynolds felt sorry for the guy. He himself had no illusions about women. But Fussy Phil had been happily married—or so the poor sap had believed, erroneously as it turned out—for years.

“Yes, but . . .” Reynolds stared at the work on his coffee table. “You’ve checked out the provenance, I assume?”

“Why? You think it’s fake?” His client stared suspiciously at him.

“No.” Reynolds felt a dull thud in the pit of his stomach. “No, I’m pretty sure it’s not.”

Unless he was mistaken, it was much worse than that. . .