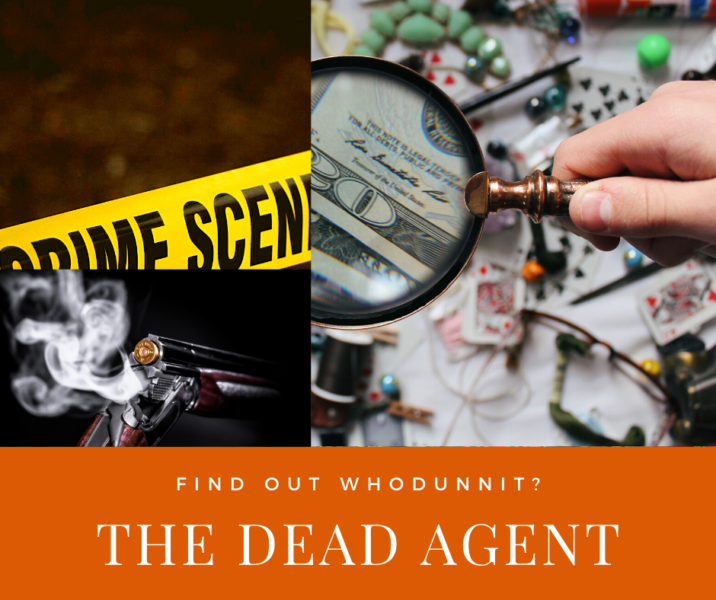 I enjoyed this case as well, although the initial evidence lent itself to less speculation than our first case.  It’s not often that the most obvious suspect—the one that it would make most sense to focus on—isn’t the person who did it.

Of course, as an armchair detective you knew that. A lifetime of reading mystery novels has taught you that the most obvious suspect is the person least likely to have done it. So, if you suggested on looking at the agent’s clients as well as his wife and lover, you were on the right track.

The detectives in this case were handicapped by the unfortunate truism that the most obvious suspect is the one most likely to be the culprit. When they discovered that the victim was having an illicit affair and learned from the victim’s male lover that the victim’s wife knew of the affair, they began to focus on the wife as the prime suspect.

The evidence seemed stacked against her. She’d never mentioned the affair to detectives. And when asked whether her husband, an insurance agent, had life insurance, she said he only had one small policy.

In actuality the victim had three life insurance policies. All had hefty payouts and all named the wife as the beneficiary.

What stymied detectives was the fact that there was no evidence to suggest the wife had hired anyone to kill her husband. She couldn’t have done it herself. She had an alibi for the time of his death.

What detectives should’ve focused on was the White Ford Focus that was picked up by security cameras around about eleven o’ clock when a neighboring business owner heard a couple of strange pops. Those were the two shots that killed the victim.

They should also have focused on the missing wallet. It contained three hundred dollars and the fact that the agent was running a cash operation. That meant that anyone who knew him or had done business with him was aware that there would be quite a bit of cash in his office, making him a fairly easy target.

The crime scene littered with empty cartridges and live rounds suggested either that the killer was a bad shot or, more likely, had a bad gun with a tendency to jam. That’s the kind of gun a smalltime criminal might have been likely to have.

Had detectives focused on the victim’s client list, attempting to see what kind of cars they and their immediate associates drove, they would soon have come up with a culprit.

As it stood, they were convinced the wife had done it and was getting away with murder. They had swabbed the victim’s trouser pocket—where he kept the wallet that was taken—but at the time the crime took place DNA technology wasn’t sufficiently advanced to test for touch DNA.

Unsolved cases become cold cases—meaning they are always open. So when technology advanced enough to test for the DNA from the victim’s pocket, the material was analyzed and the results logged.

Then years later, a smalltime criminal was arrested. His offenses were minor, but by this time law enforcement was collecting DNA from everyone arrested. The DNA then collected was entered into CODIS to see if it matched up with any outstanding cases.

Sure enough, this individual’s DNA was a match for the DNA found in our dead agent’s pocket.

Who was he? And why had he killed the agent?

Well, he wasn’t an individual hired by the victim’s wife. There was no connection between this person and the agent’s wife. But this smalltime criminal’s wife had at one time bought car insurance from the dead agent.

At the time of the victim’s death, the arrestee owned a White Ford Focus. He had even gotten a parking ticket in the vicinity of the insurance agent’s office on the day of the murder.

But the most compelling bit of evidence was the touch DNA that his hands left in the victim’s pocket. Were it not for that, the case would’ve remained unsolved with detectives continuing to suspect the victim’s wife.