The Body in the Church: Whodunnit? 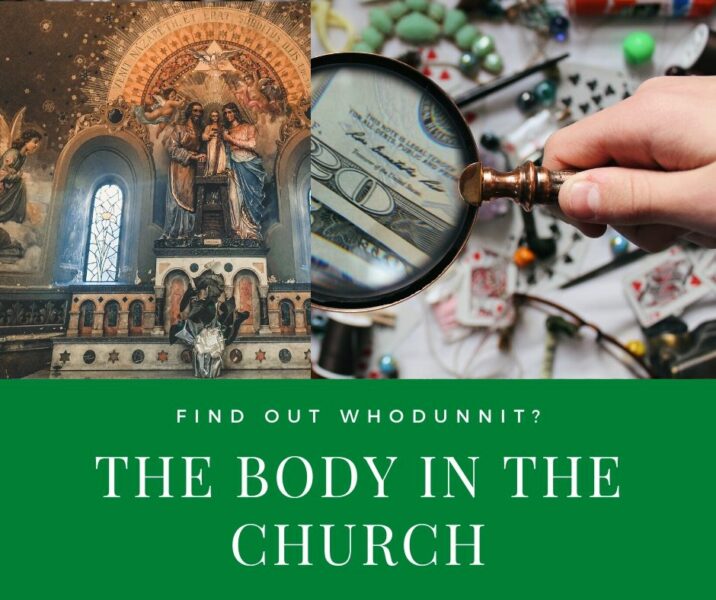 Based on a true crime story, the Body in the Church presents my favorite type of puzzle. Not all true crime cases are quite this open-ended, presenting the investigator with a number of different paths to explore.

The woman was a church employee. She was at work late, but rather than working was checking out dating profiles. The church door was found unlocked. Judging by the comments here and on Facebook, these details provided rich fodder for your detective minds.

For the police, the fact that the victim was shot and the weapon was not found at the crime scene suggested that this was not a crime of opportunity. These crimes happen on the spur of the moment, with the killer using whatever is at hand to kill the victim. The type of weapon used can often tell crime scene investigators whether the crime was premeditated or spur-of-the-moment.

If you surmised that the victim’s background and her relations with other church members and parishioners might be key to solving the crime, you were on the right track. For those of you who felt jealousy might have been a motive, you really hit the target.

So, what did the police do?

They sought to know more about the victim. To that end, they interviewed the pastor and learned that the victim was a single woman trying to put her life back together after a diagnosis of bipolar disorder. That’s why she was looking at dating sites. She wanted to be financially independent, and the pastor had given her a job to help with just that.

When police learned that shortly before her murder, the victim had stood up during a Sunday service to give heartfelt thanks for all the help and support she’d been given, they wondered if one of the parishioners hadn’t been too happy about the help the church had been giving the woman.

They asked the pastor whether he had any reason to believe any of his parishioners might have wished the poor woman harm and learned that there was indeed an elderly woman whom the pastor thought was trouble.

Fancying herself in love with the pastor—and deluding herself that the pastor reciprocated her feelings—this elderly parishioner was fiercely jealous of the help the pastor and his church had given to the victim.

Furthermore, the more police looked into this woman’s background, the more cause for suspicion they found. Her father had died not too long ago under somewhat suspicious circumstances, and she was widely believed to have killed him. The suspect had at one time owned a gun of the same caliber that had killed the victim.

But the suspect claimed she had discarded her gun several years ago.

This might have been the end of the story. But as luck would have it, the river in which the suspect had disposed of her weapon washed it back up to shore. It was discovered and sent to the police.

Knowing that the suspect would claim that she’d disposed of the gun years ago, forensic analysts tested the gun to see whether the extent of water damage it had sustained was consistent with being in the water for several years.

They discovered that the gun had been in the water for only a few days.

Were it not for that piece of forensic evidence, the killer would have gotten away with murder. Both the church and the community were horrified that a woman who looked such a sweet, grandmotherly type could turn out to be a remorseless killer.

body in the church